Description:
The color game is especially useful for younger players to help them get used to recognizing visual cue that correspond with a physical movement. Even the fastest dribbler on the team will struggle with the game if they cannot adjust to the games visual cues so it can also help those players that rely purely on their speed to add another element to their game. 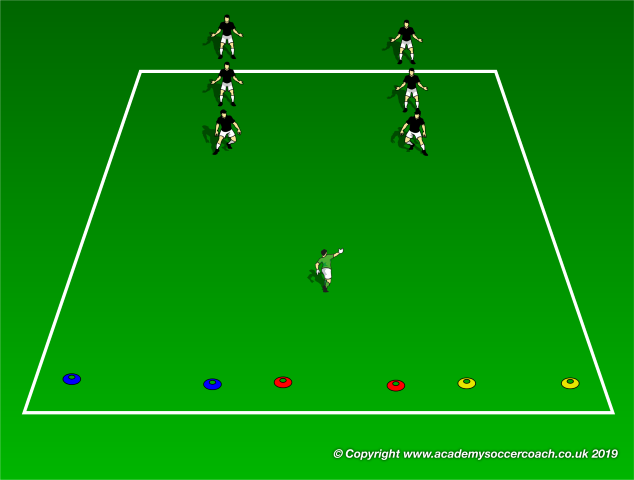 Setup:
Three grids are created representing red, yellow, and green. Players are put into two line roughly 10 yards from the grids. The player that is “up” in either line has a ball. A coach stands between the grids and players with the placards: a yellow one that says green, a red one that says yellow, and a green one that says red. 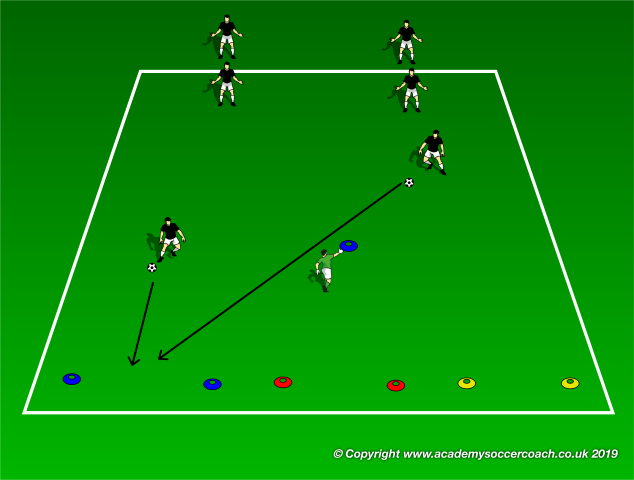 Execution:
The two players that are up start with their balls, the coach holds up one of the placards, the players then identify which grid they need to go to based on what the card says, not the color of the card. The players then race to that grid, who ever makes it there first is the winner and gets to go again, the loser goes to the back of their line. 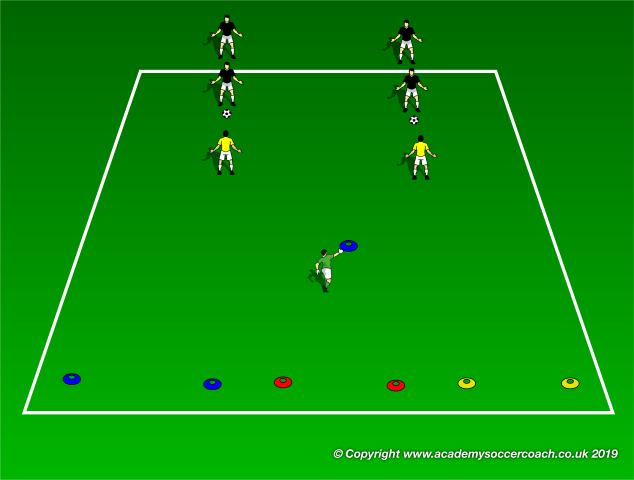 Variations:
The numbers of placards, grids, and players can vary. The players that just went then could become defenders, this would add an element of the importance of the first move to beat a defender to get to space.