Description:
The diagonal pass from the endline is statistically the most dangerous pass in the game from an attacking standpoint. The Live Raptor Bomb drill attempts to recreate repetition of this scenario in as an organic manner as possible.

Setup:
One 30×30 grid is set up with a 5v5 being played within. At the edge of the far ends of the grids set up an 18 yard box. Two coaches or extra players should then be set up between the 6 and 18 on the end line with balls. Each goal should have a goalie and be designated as teams goal. 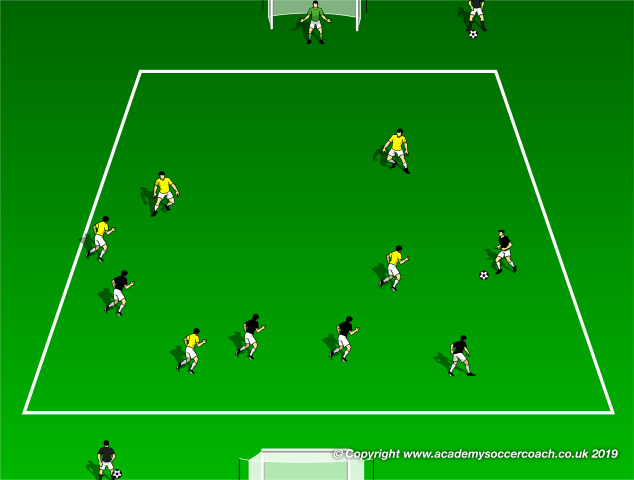 Execution:
Within the grid the two teams set play each other in a game of keep away. When the team in possession completes a designated set of passes they then open up access to go to their oppositions goal. Once they have access the attacking team leaves the ball where it is and runs towards goal, once they reach the 18 the coach/player with the ball on the end line plays a ball diagonally and back for one of the attackers to try and score. 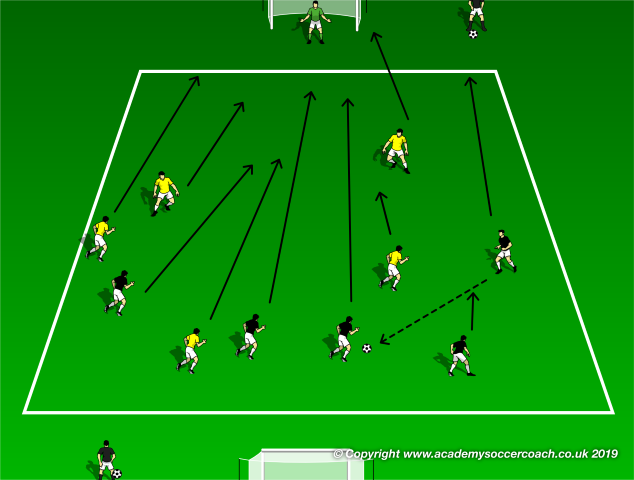 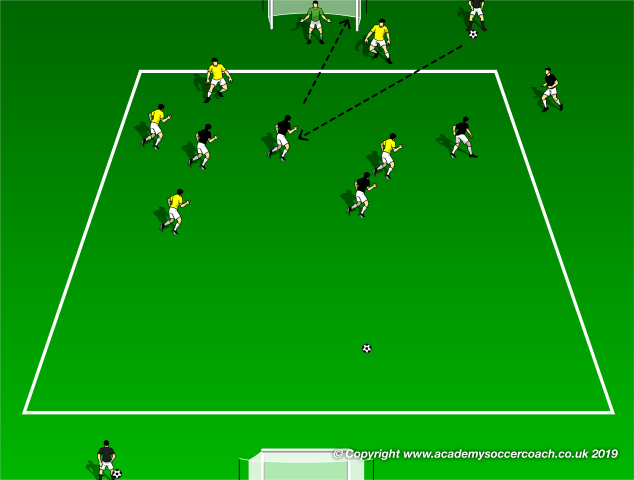 The defending team attempts to stop them. The attack is over once the ball leaves the 18 or a goal is scored. Play then resets inside the 30×30 grid.

Variations:
-Attack can be randomized, with the coach blowing a whistle and the team in possession can then go and attack.
-Defenders can be given targets to pass to to score points on the defensive side

This dril I learned a lot and wanting to impliment it during practice section.