Description: The two man rondo is an activity designed to improve player’s vision and mental conditioning by creating a series of distractions that increase as the activity proceeds, but still requires all the base technical elements to be executed to precision throughout

Setup: Set up a normal rondo with every alternating player wearing a different colored bib. Give a ball to a player with one color big, and one to the other. 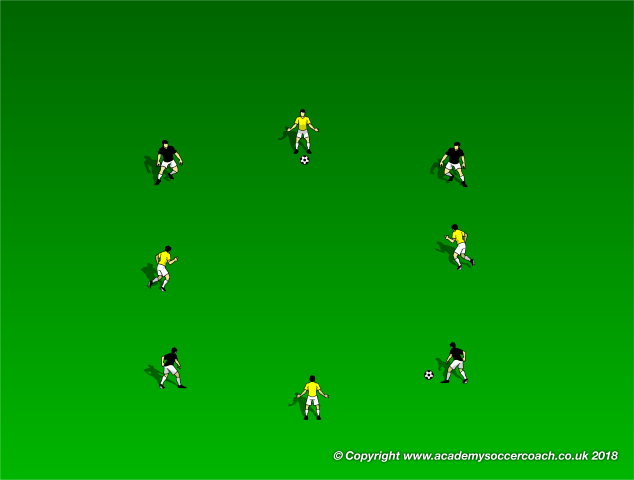 Execution: Begin the game as a normal rondo with the stipulation that the players cannot pass to the player on their team directly to the left and right of them, and must play either one or two touch. If the balls that are in play touch both teams need to do some sort of conditioning (push ups, sit ups, jumping jacks, etc.) 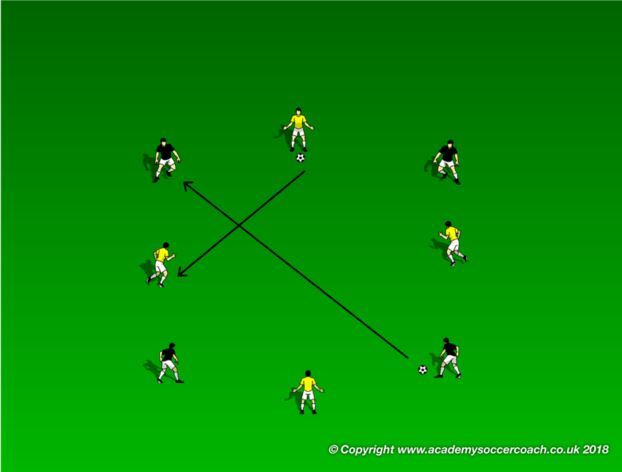 As the drill progresses and the players become more comfortable with the rhythm and technique add a player from each team in the middle. If the player in the middle wins the ball they should pass to their own team so that the team that won the ball now is possessing with two balls. Players on the outside of the rondo can only win possession of a ball if the ball is passed directly to them by the opposition. 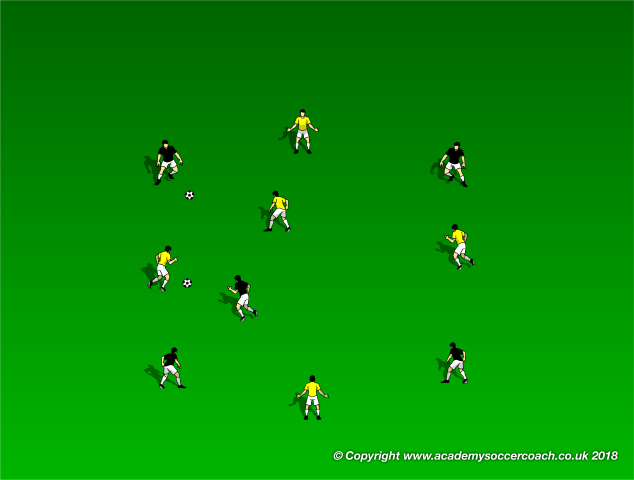 Variations:
To increase the hectic nature of the drill additional balls can be added, for example each team plays with two balls.

To create additional distractions a small tennis ball can be added that players must throw to each other. If the player with the ball receives a pass while holding the ball, or the ball is dropped or held for longer than three seconds the group as a whole must do some sort of conditioning