Description: This is a twist on the classic transition game that helps players recognize opportunities to overlap within a game. Coaches should allow the game to start off naturally, and then stop midway through to ask players to identify when overlapping was effective, and when it was ineffective because they were forcing overlaps for the sake of the drill. Players will naturally realize long overlaps are good for wide spaces to exploit the compactness of the opposing defense, and short, quick overlaps are better for the midfield or creating a shooting opportunity.

Setup: Set up two goals about 40 feet apart. Width can be as wide as the touch lines or cones can be added to restrict the width. A minimum of four teams are created with a goalie in each net. Place a large amount of balls in each net. A team should be placed at each post and teams on the same post should be wearing the same color, or every individual team can be wearing a different color. 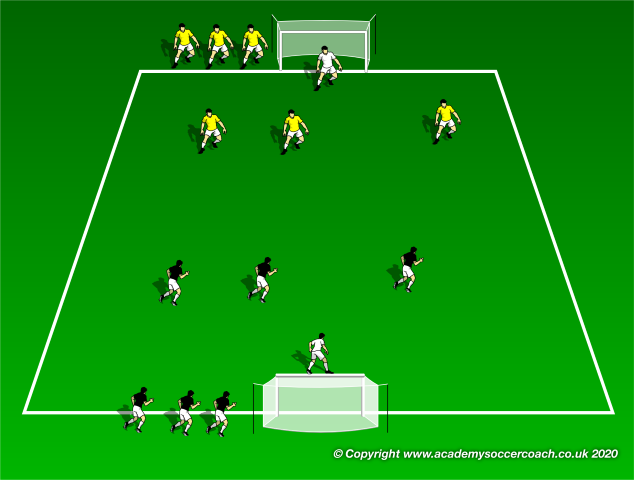 Execution: The game starts with one team from either goal in the field of play, attempting to score on net. Teams cannot score unless an overlap occurs at some point in the game, the coach can even become more specific requiring a certain type of overlap, or one that occurs on a certain part of the field.  The game ends when a team scores, or a team shoots and misses. 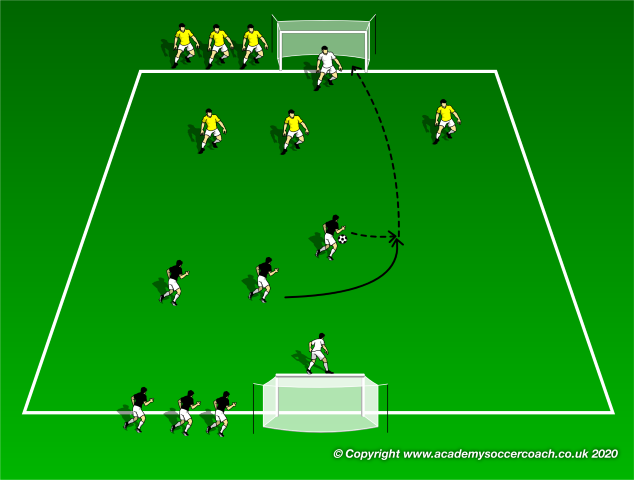 If a team scores they run back to their net and get a ball out of the goal to restart play, and must find a new overlap before scoring. The team that got scored on leaves the field and the team standing by the post then comes on and also must find an overlap before scoring. If a team misses a shot, the team that misses the shot leaves the field and the defending team stays on with the same requirements. 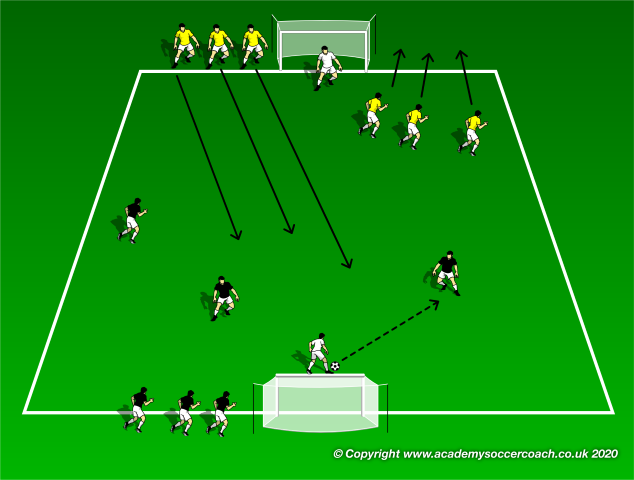 Variations: Specific overlaps can be required, or that they occur on a certain part of the field. Number of players per team/numbers of teams can vary. Size of the field can also be varied. A rule can be added that a team that has not completed their overlap can score if they intercept the opposition’s overlap and score from that possession.