The Plus Minus Game

Description: The plus minus game is a high intensity small sided game with built in rest periods for players. The purpose is to create a high level of intensity with a variety of numerical advantages and disadvantages.

Setup:A field is set up with the 18 then continues 30ft out. At the far end of the field three mini goals are set up. The defending team starts with 3 players and the attacking team with 4. On the side of the drill is a rondo with all of the reserve players. 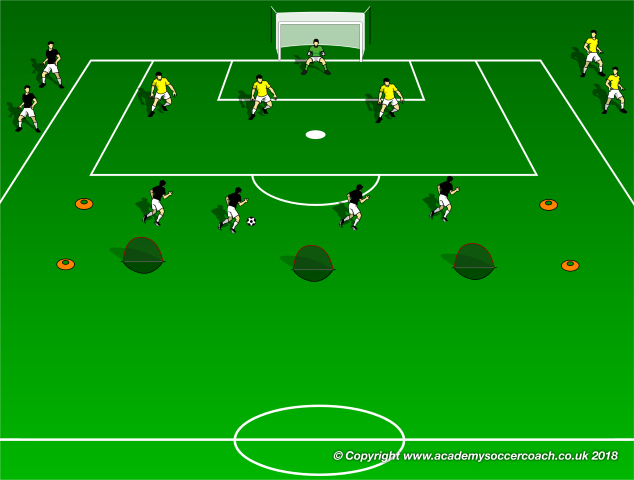 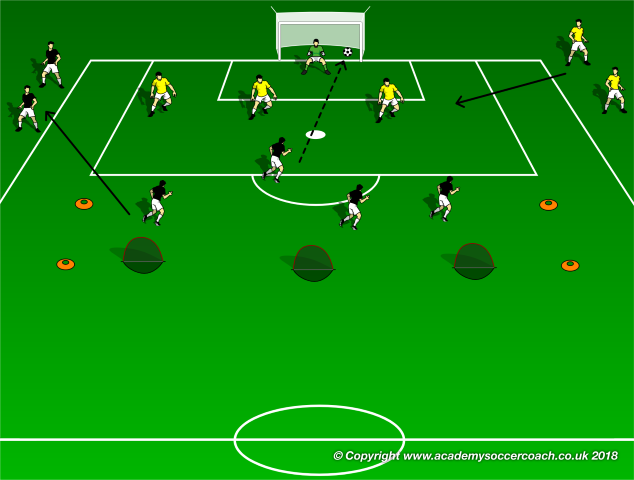 If the defending team scores an additional attacking player is added and a defender leaves the field. After the set time whoever has the greater plus minus wins. 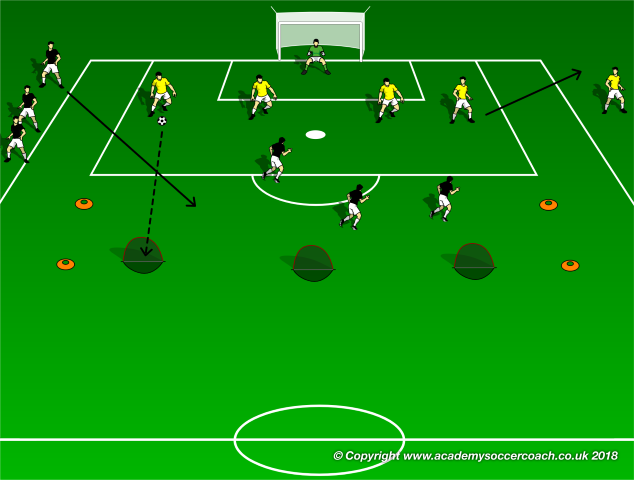 Variations: Number of starting players can vary, as well as what the subs on the sideline are doing.