Description:
The Swiss Four Corners drill is similar to the normal four corners game except that instead of being a large grid it has four channels, similar to the shape of the Swiss flag. The purpose of these channels is to create opportunities for players to possess through the middle in a tightly contested area, then find long diagonals towards space on the opposite side

Setup:
Set up a grid with a central grid, and four long channels on each side. The size of the grid and channels is dependent on age, skill, and number of players. At the end of each grid add a small goal. Split the group into two teams each defending goals opposite of each other. 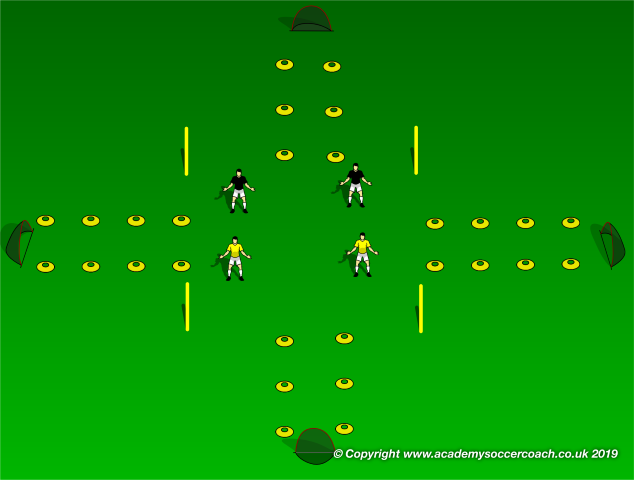 Execution:
Each team attempts to score on one of the opponents goals. The focus should be to draw the oppositions defense to one side and then switch fields to attack the vulnerable goal on the other side. All restarts come from the coaches as a 50/50 ball thrown or kicked into the center of the grid. 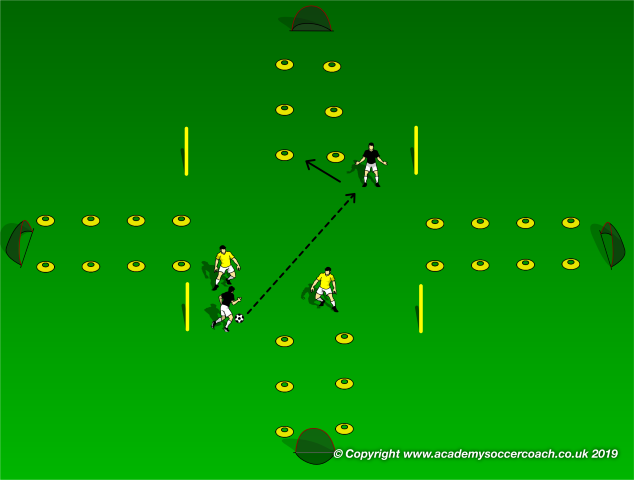 Variations:
Restarts can be adapted to the goal of the session
A third team can be added to create an overload for one team
Grid dimensions can be altered, or additional channels added 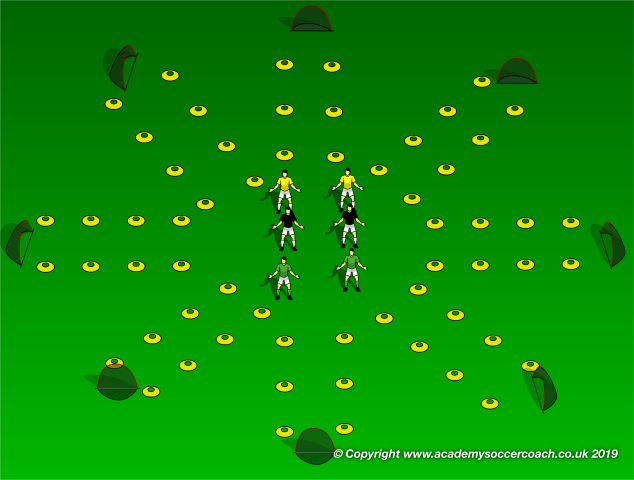