Description: The Sideways Transition activity is designed to recreate the transition moment from a 50/50 ball.

Setup: A 25×25 grid is arranged with two full sized goals at either end arranged 15yds away from either end of the grid. Goalkeepers are placed in either goal. Teams are arranged into two teams, and then divided again so that there is four teams, two teams a piece wearing the same color bib. One of each of the colored teams is in the middle, while the reserves for each team are placed on the sides of the grids with no goals. 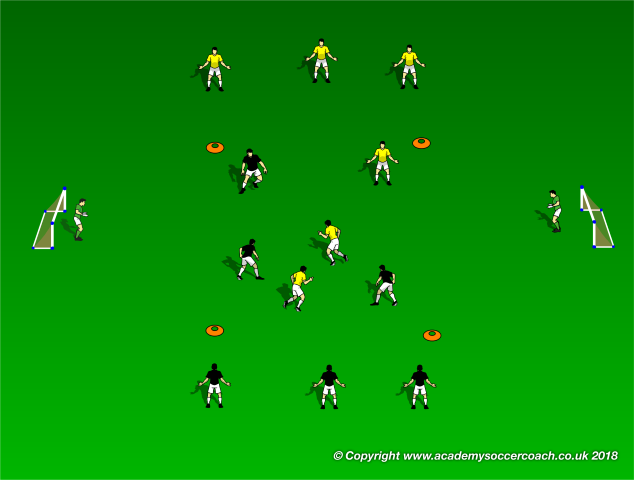 Execution:
Play starts with a goalie throwing a 50/50 ball into the grid. Players look to connect three passes together amongst their teammates to create scoring chances on either goal. The third pass of the combination play can be a through ball that goes out of the grid towards a goal. If the team out of possession wins the through ball they can play the ball back into the grid to a teammate or to the goalie for a restart. Any ball that goes out before a third pass is played a goalie restarts play with a throw into the grid. 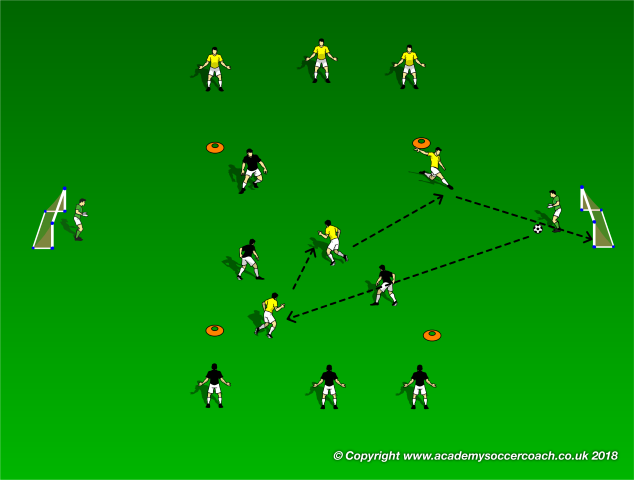 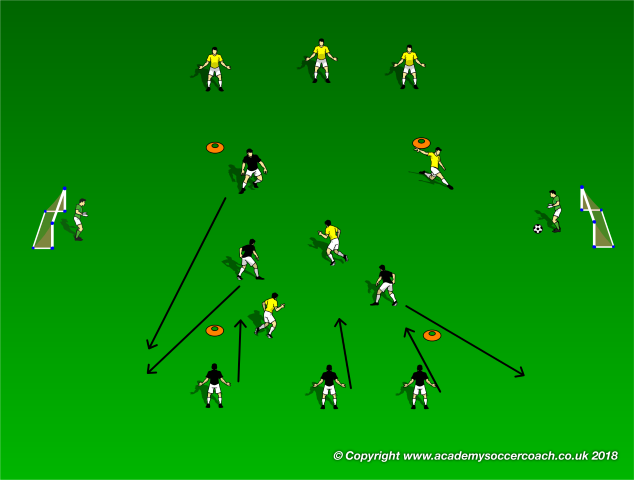 Variations: Numbers of players, time per rep, and size of the grid can all be altered