Description: The long and short game is designed to help players understand the importance of maintaining possession in order to create opportunities to play more direct or dangerous passes. The short passing option in this game requires skill but is much more forgiving if a mistake is made. The long passing option is more rewarding but requires more skill and accuracy with few chance of success, simulating a realistic game experience.

Setup: Create a grid with four cones in a rectangle. The halfway point between each side should be marked off with a cone. Between the long sides, halfway, cones or coaching sticks should be placed to create a gate. Four cones should be placed in the middle for four defenders to stand on. The rest of the players should be lined up at the four outside cones. 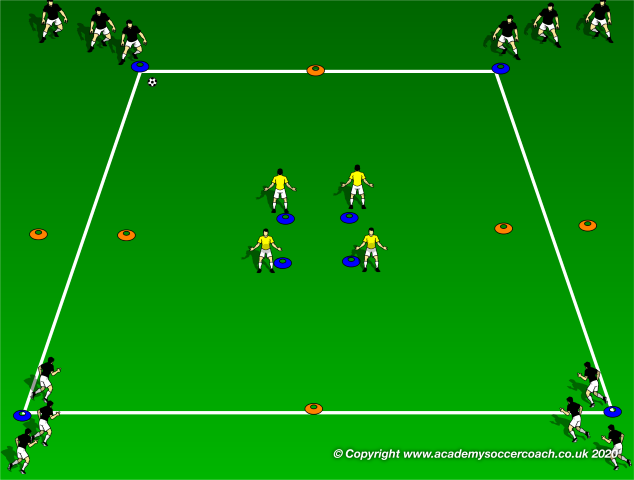 Execution: Play starts when a player at one of the cones passes to the cone to the side of them (they cannot pass to the diagonal cone) and the passer follows their pass to the end of the line at the cone that was passed to. The ball must travel halfway to its target and then the defender in the middle can go and attempt to steal the ball. If they are able to win possession the player that was intended to receive the ball must become the defender. If the pass is received the receiving player then can look to pass back where the ball came from, or the option to their left/right. 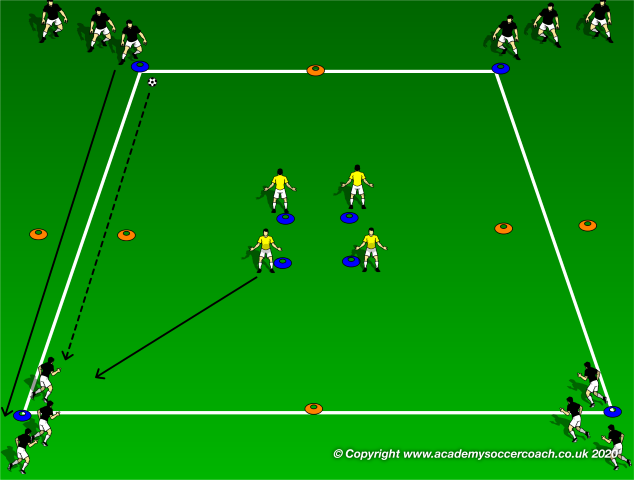 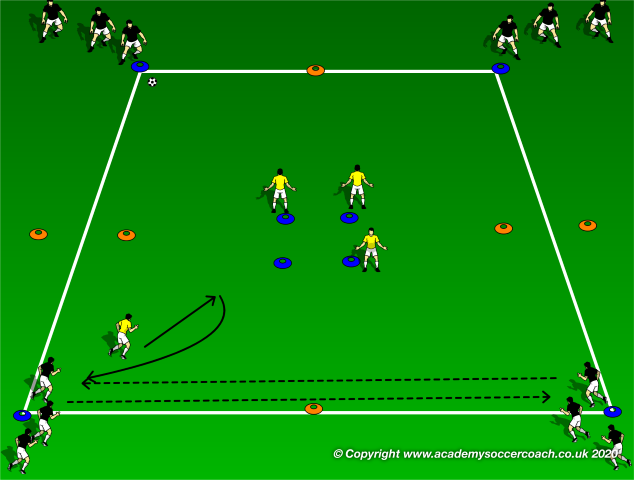 Variations: The length of the sides can be varied by age, ability, and intended result. The number of touches by the receiving player can also be modified to increase/decrease the difficulty involved.