Description:
Since all coaches are strapped for time during training, here is an activity that is great for a practice or a game day warm up that incorporates passing and receiving as well as change of direction and 1v1 moves. All within a simple setup that doesn’t take up much space.

Setup:
Set up 3 passing cones as shown, as well as four cones or markers that will be used for the dribbling part of the activity. You can vary distance for age of players and ability level. 12-15 yards apart should work for most all age groups. The top of the triangle should be 20-25 yards. Depending on how many players you have, you could set up several of the triangles. 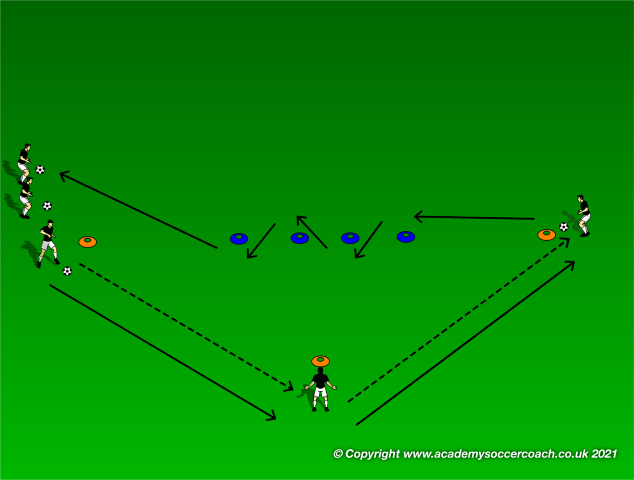 Coaching Points:
Pass ball with proper technique and to their proper foot.
Receive ball across body with inside of foot and pass to next player, limiting touches.
Dribble through the cones quickly, but with proper technique, taking many small touches vs fewer large touches.
After a few minutes, make sure to start the ball at the opposite end to cover off on left foot passing/receiving as well. 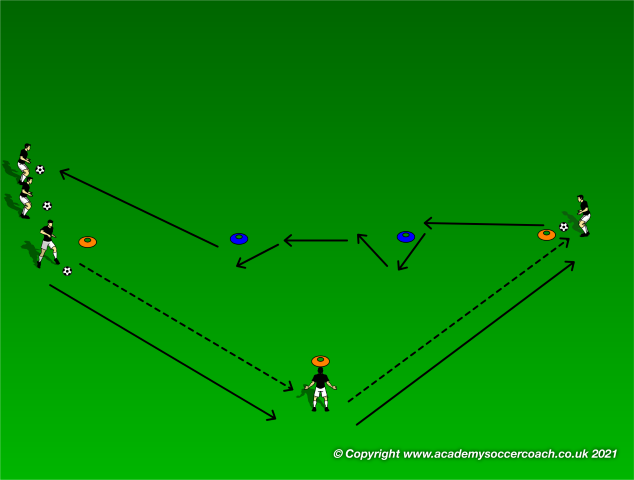 Moves: Scissor, double scissor, lean and push, chop, Maradona – really any move you want them to do.

Moves: Cruyff, outside/inside hook, pull back, pull v, Zico. Again, anything you have worked on. 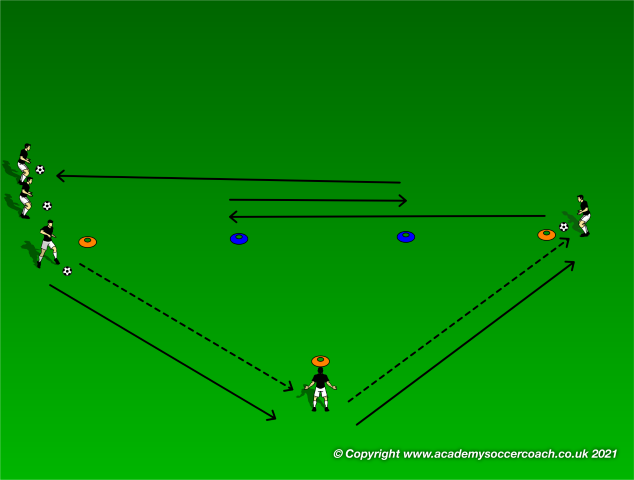 Make sure the activity progresses quickly by having all players ready with a ball, and don’t forget to cover off both left and right foot for passing and receiving every few minutes.