Description: No Elimination Knockout is a game that creates systematized chaos in which the structure of the game is constantly changing from a individual game into a team orientated one. The defensive side works mainly on pressing and denying space to their opponents

Setup:A grid is created in which one team is on “offense”, each player has a ball. The other team is the defending team. 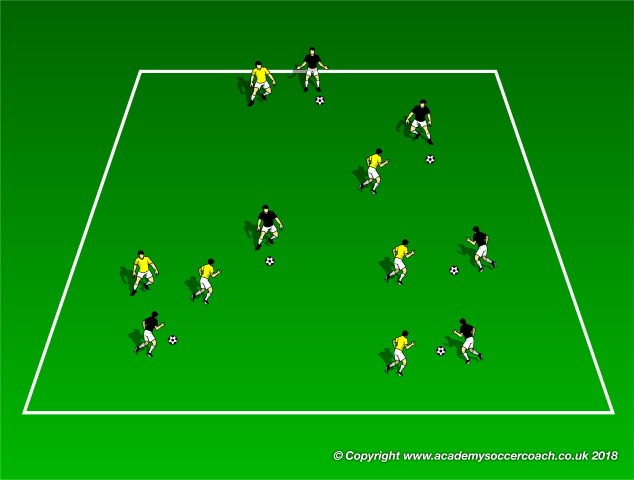 Execution: The defending team attempts to knock the opponent’s balls out of the grid. If a player’s ball is knocked out of the grid they then become an outlet player for their team, until ultimately it becomes a game of keep away with one ball. 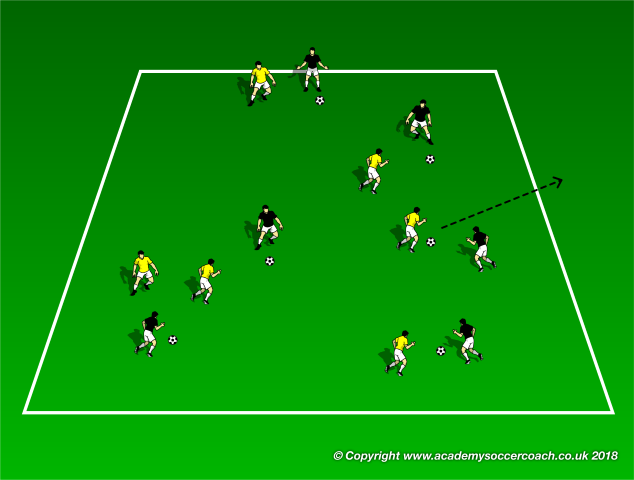 The session is timed. The team that can knock out all of the opponents balls in the fastest time wins. 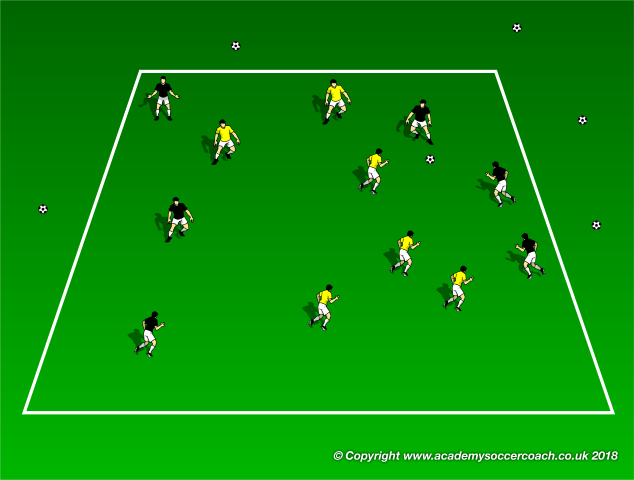 Variations: Grid size, number of players, how many balls are involved are all variables that can be altered.