Description: This drill can be used to train defenders to be able to play under pressure near their own goal with confidence and to utilize the keeper in the build up. It forces players to take on 1v1 duels with the added pressure that if they lose the ball or do not immediately pressure and win the ball back they will let up a goal.

Setup: Place 4 field players and a goalie into the 18, Place 5-7 defenders outside the 18. Play should start from the goalkeeper who should have a stock of balls. 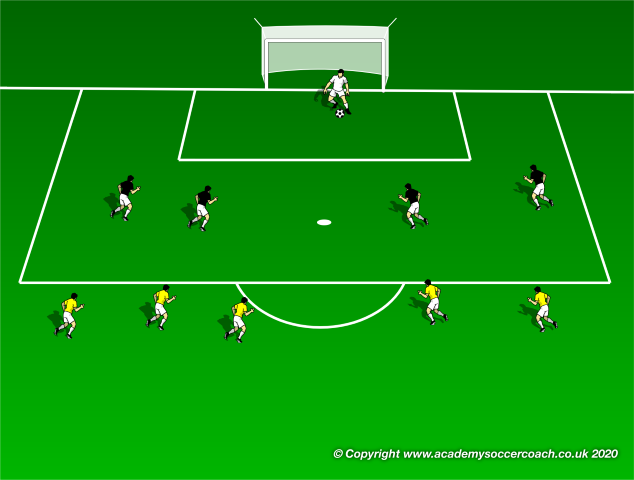 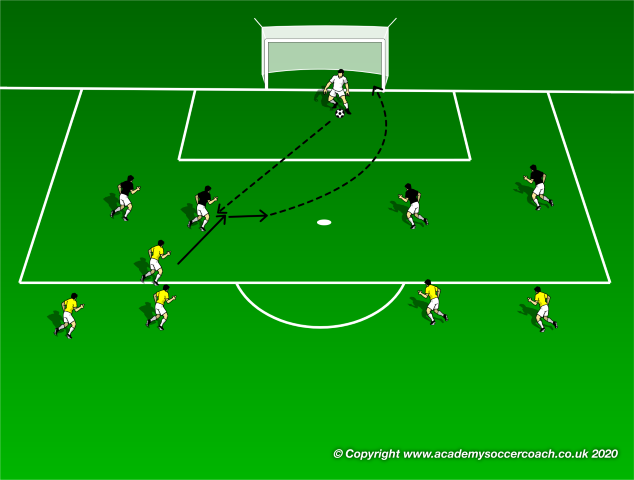 The players in the box win the game by dribbling out of the 18 with control. Play then resets with the defenders leaving the box and the goalie restarting the ball. 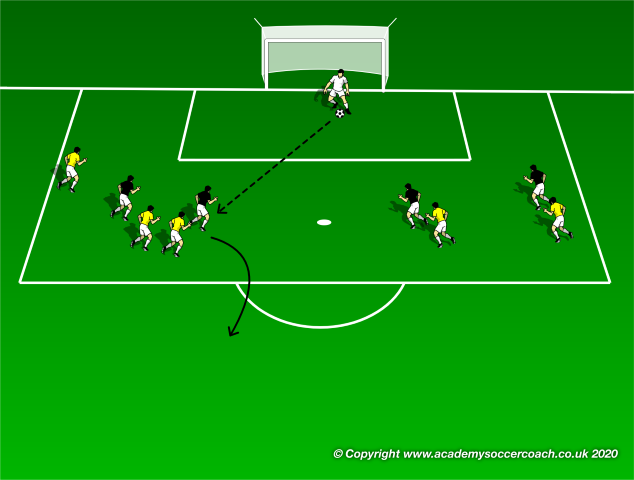 Variations: Breakout goals can be added as targets for the players in the box to score on. To increase intensity, after a game ends, a new set of attackers and defenders can be added to give breaks to each group.