Description:
The 9 in the Middle game is to recreate a team’s 9 (or 10) playing within the oppositions 6 5 and 4. The 9 plays as a target man who is receiving in the triangle and then redistributing to a “runner” that would be coming through to break the back line to create space for a shot or pass in the box.

Setup:
Set up a rondo with 3 defenders in the middle with one attacking player in the middle of them that group. Defenders should be set in a defensive triangle. Depending on the skill level and number of player the rondo size will vary. 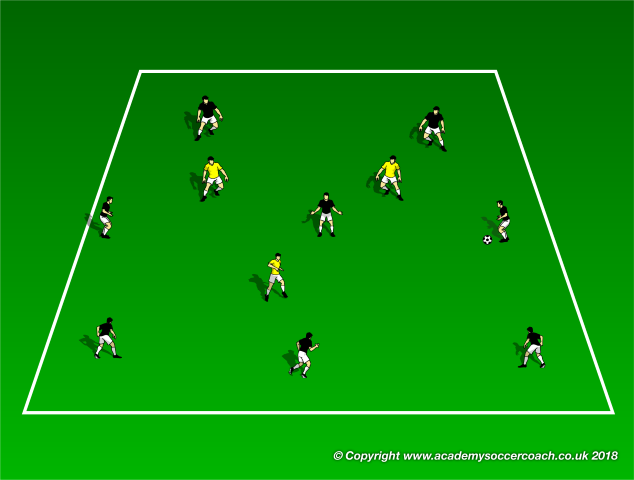 Execution:
Players on the outside attempt to play ball to the central player (the #9) who needs to then play a ball that breaks the triangle of the defending players. Balls should break one “line” between two defenders and the second pass should break a second “line” changing direction of the play. 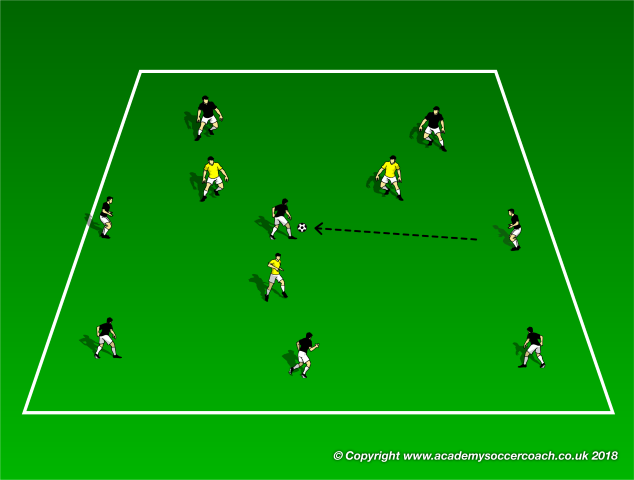 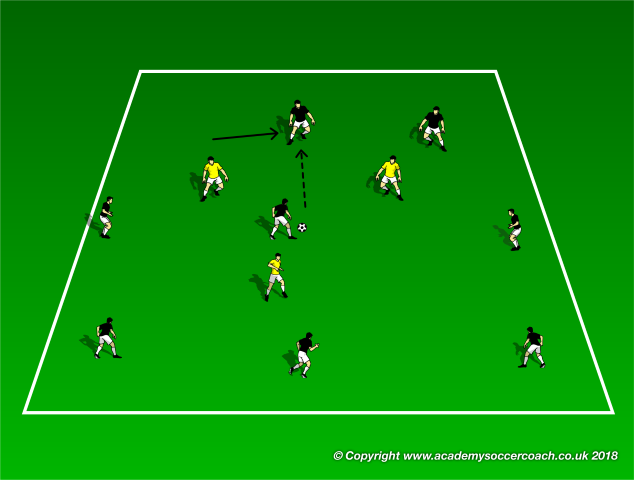 Variations:
Points can be added based on combinations of passes that break the line
Additional defenders can be added to press the outer circle