Description: This is a great drill for teaching transition moments both offensively and defensively. There are opportunities to discuss counter pressing, transitional passing patterns, width, depth, and can even be used as a game day warm up to start players focusing on the flow of the upcoming game.

Setup: Create a 40×20 grid then split that evenly to create two 20×20 grids. Place five players from one team in one grid, with three opposition players with them. In the empty grid place the two remaining players. Have some balls near each grid to create a clear transition when the ball goes out. 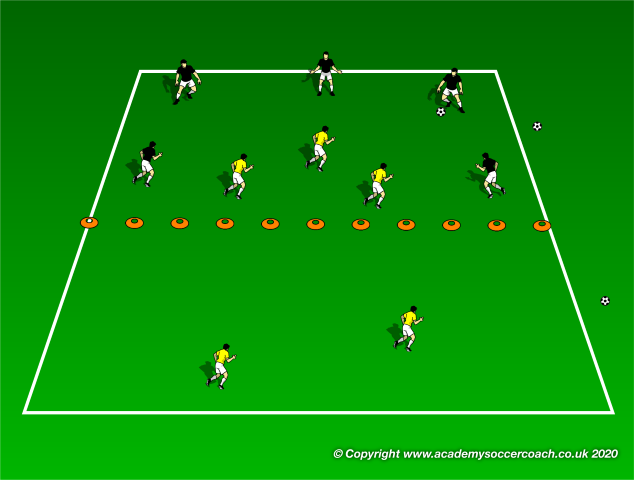 Execution: The game starts when the coach plays the ball to the five person team, the three person team attempts to press and win the ball back.

If the defending team wins the ball their objective is to move the ball to the other two players in the other grid. Once they do so they want to quickly create width and have all players in a large rondo. The team that has lost the ball initially wants to press the ball so it cannot go into the other grid. If it does though, the team that lost the ball then must send three players over to try to win the ball back, leaving two players behind for when they win and transition back. 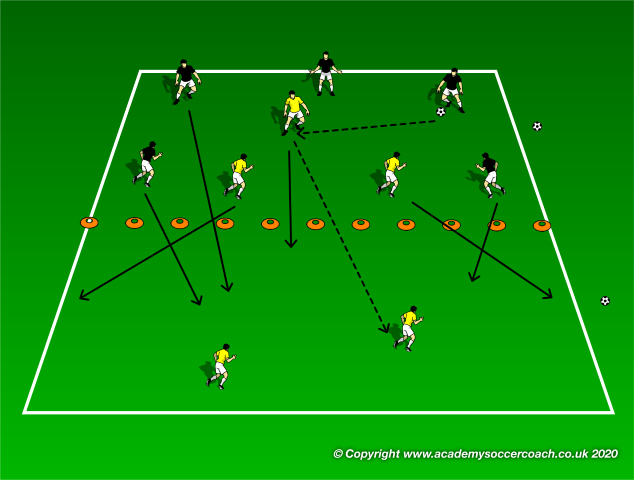 Variations:
The number of players that are in each grid/are allowed to defend can be modified
Winning conditions can be added such as fastest transitions, most time spent on the ball, most transitions, etc.