Setup: Create a field appropriate for two 3v3 games back to back to each other with a small goal on either end and the field divided in half. Set up two teams of 5 and place three attacking players on one end of the grid and two of the team as defensive players on the other end. Place extra balls in or around each net for transitions. 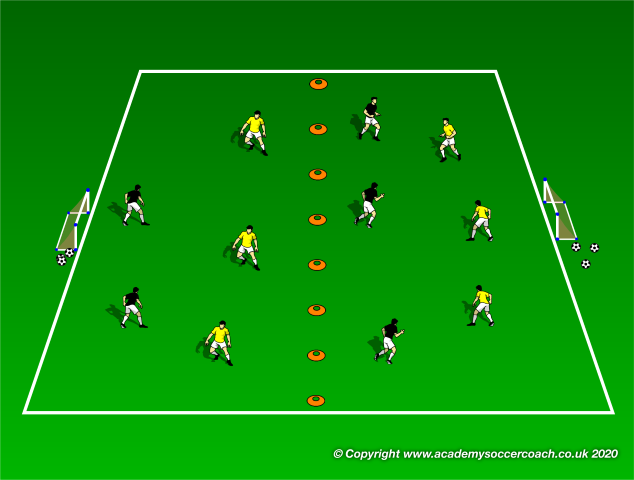 Execution: Play starts with one of the attacking teams of three starting against the oppositions team of two defenders. The attacking team attempts to score, if they do the defenders retrieve a ball from the net and must pass it to their attacking players on the other side. 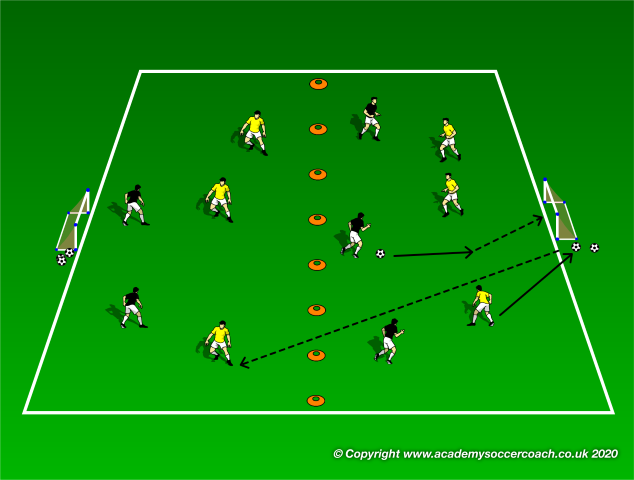 If the defending team intercepts the pass or the shot misses the goal the defenders still attempt to pass to their attacking players, but now the opposition attacking team can attempt to defend them and win the ball back to try and score. Play continues until a designated time elapses or a score is reached. 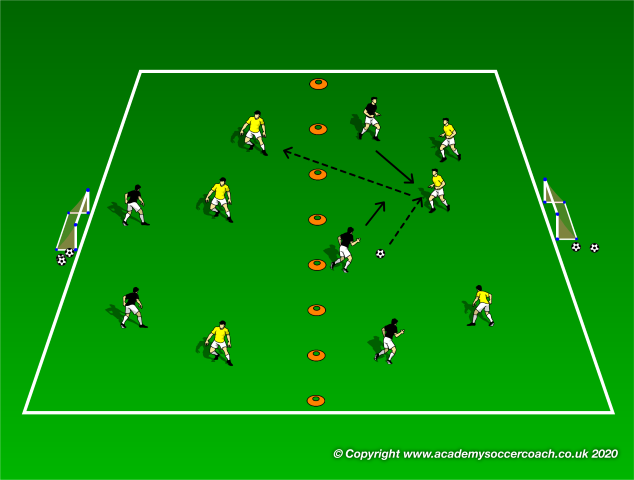