Description:
The purpose of this grid game is to create moments of transition focusing on building from the back and the counter attack. By creating a smaller field and more transition moments the players can more effectively envision and execute lighting fast counters from goalie buildup. 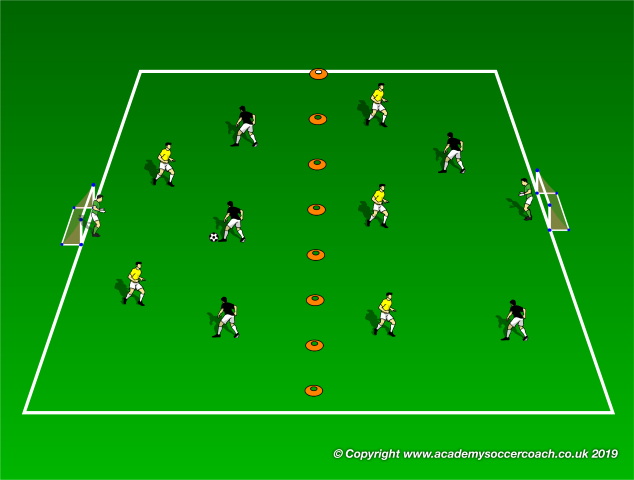 Execution:
The team on the ball attacks the opposition goal in a 3v2. If they score the point the defending team must then build out with the goalkeeper to try to pass to their teammates in the other grid, while the team that just scored will tries to press the opposition and score again. 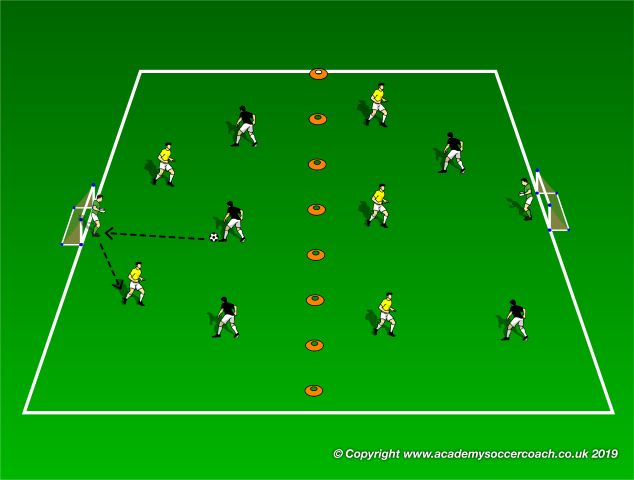 If the build up team can get the ball past half the three attackers on the opposite side then engage in a 3v2 and try to score. 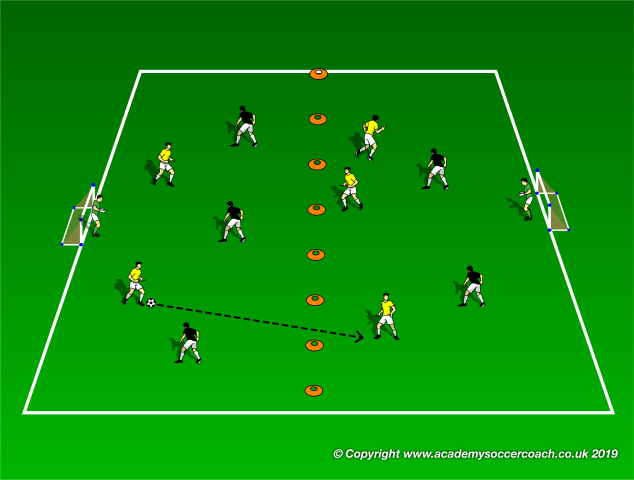