Description:
The 1v1 End Zone Game is meant to create a situation where players are competing in 1v1 situations, both offensive and defensive, but are forced to be spatially aware of three different areas they can score in, as well as adjusting to the traffic of the other players in the grid to recreate a series of highly realistic 1v1 duel situations.

Setup:
Create a grid (size dependent on number of players) with three end zone areas at both end. Every player then will pair up and have a ball between them. If the numbers are uneven one player can act as a “destroyer” player who creates 1v2 situations across the grid. Players should be spread out across the grid and each pair should decide who starts with ball. 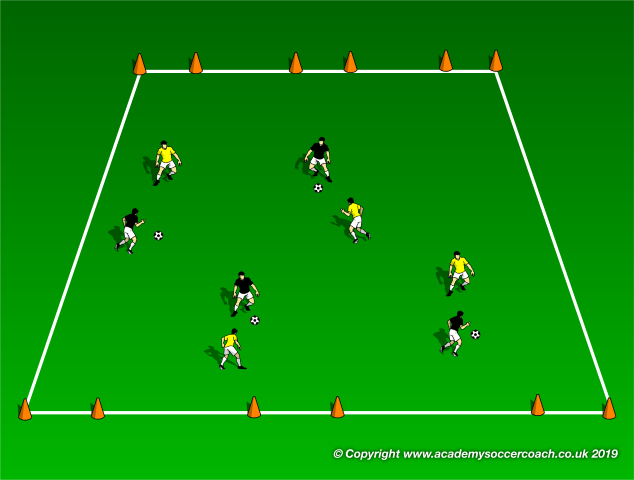 Execution:
On the coaches whistle the player on the ball attempts to dribble towards their designated end zone. If they are able to enter one of the three end zones successfully under control they earn a point. 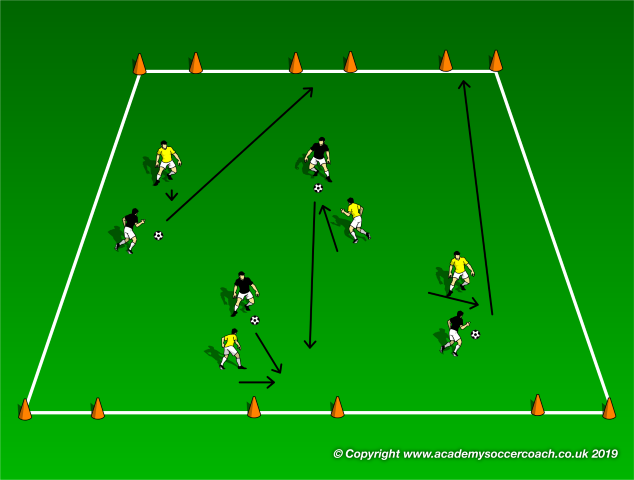 They then turn around and attempt to reach the opposite end zone “make it- take it” style. If the defender is able to win the ball they then begin to go to the opposite end zone that the their opposition was trying to score on. Games should last between 30 seconds to 2 minutes. After the game the player with the most points wins. 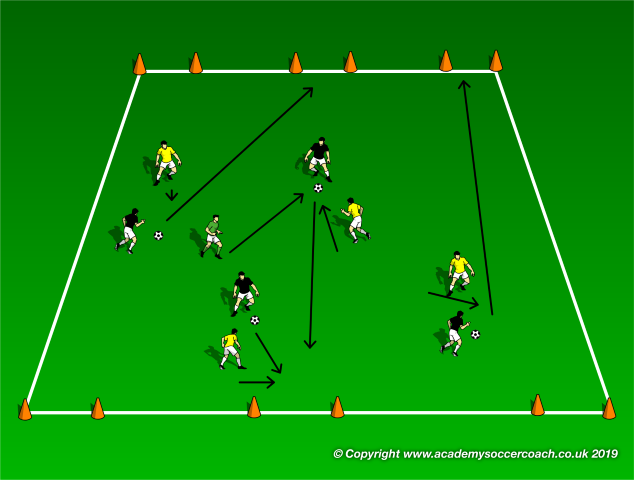