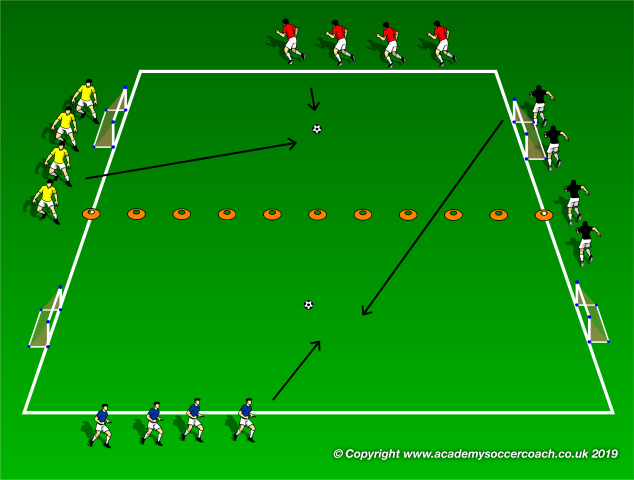 Being able to play out of pressure anywhere on the field is essential in both creating space and moving the ball up the field efficiently. This exercise creates situations to demand movement, communication and awareness to improve players abilities to get out of pressing situations. 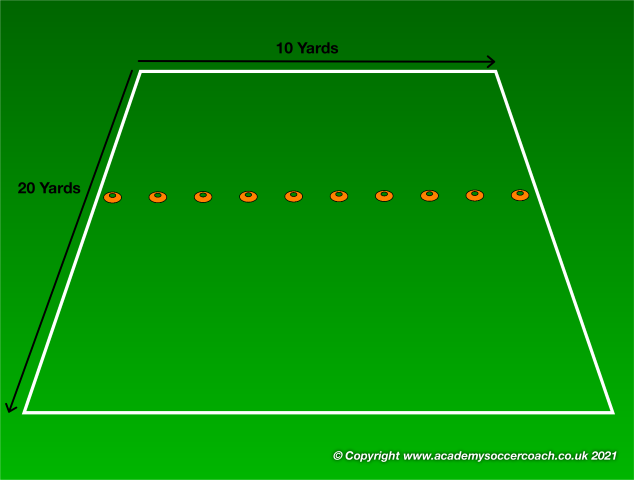 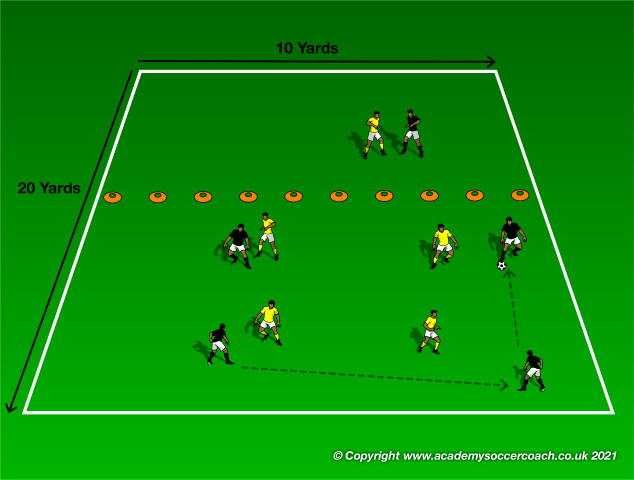 The coach starts the game by passing the ball to the side with the 2 teams of 4 and the team who wins possession attempts to pass the ball to the one player on the other side of the playing area. 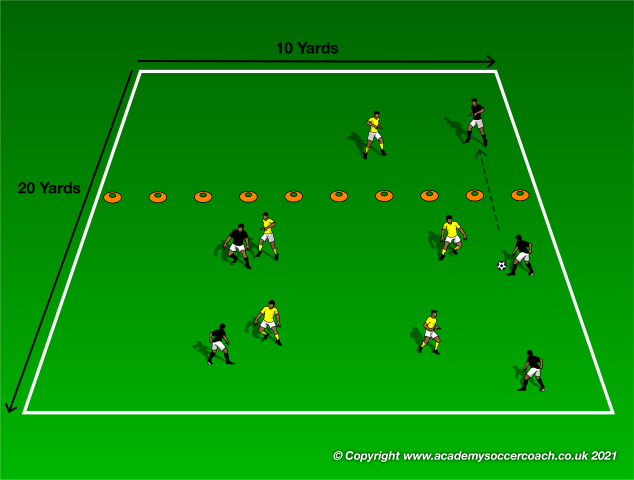 Once the ball is successfully passed to the target player, both teams come into the side while leaving 1 player each behind to become the new target player. 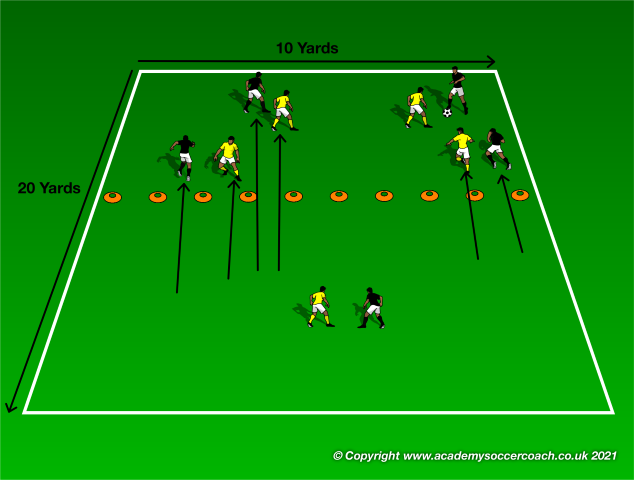 If the ball is turned over, the team trying to pass the ball switches. If the ball goes out of play, the coach will play a new ball in. 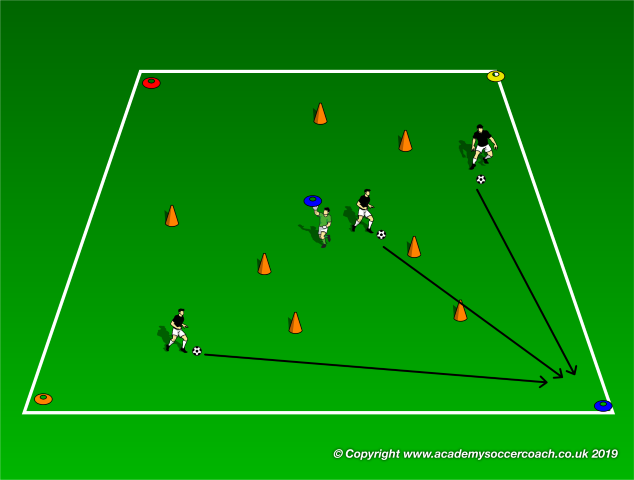 When referring to the basics of defending it is easy to make the topic sound simple or the player foolish for not knowing, but this is furthest from the truth. The term “basics” should be reinforced as a foundation to build off of. It is a very slippery slope to get things complicated and over involved that confuses players and overwhelms them with ideas and methodologies to adhere to in a desired system of play. But without the basics, these higher systems fall apart and the team may not realize the success they are capable of and doubt and disbelief keep from progressing throughout a season.

Take for example the tactical application of Pressure-Cover-Balance. Defending as a team and a unit is critical in today’s game. Establishing the method, triggers and communication needed is fundamental, but it’s easy to desire pressure-cover-balance and emphasize it and expect it without addressing the basic 1v1 situations contained in the tactic.

Therefore, 1v1 would be an essential component of the higher function built into pressure-cover-balance and could be considered the “basics”.

I have come to refer to defending 1v1 through an Acronym (Acronyms help me personally remember the procession of steps in a multi step process) as Re.A.C.T. Simply, It stands for Re-cover, Approach, Contain, Tackle and when a game is running in real time it can help a player stay focused on their individual defensive duties.

First, Re-Cover indicates getting into a good defensive position on the field, cutting off passing lanes, being between the player and the goal, all based on how the opponent’s attack is developing. 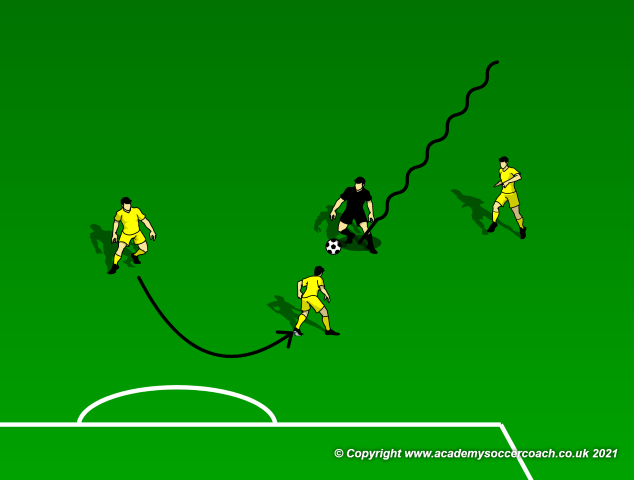 Second is Approach meant to encourage – if the proper conditions are met – a quick approach to the ball carrier to slow or stop the forward movement of the opponent with the ball. This is the familiar sprint and then drop your body position to begin what is the third step. 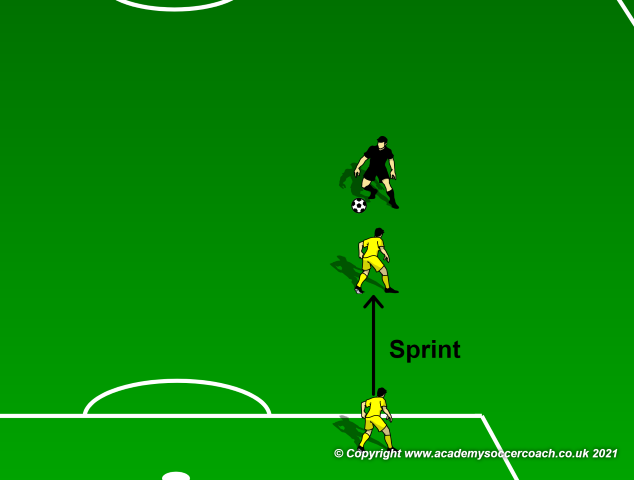 Third is Contain and is meant to encourage containing the ball carrier to either allow the defenders teammates to get into shape or maintain the pressure needed to win the ball back through a bad pass or a fumble with the ball. 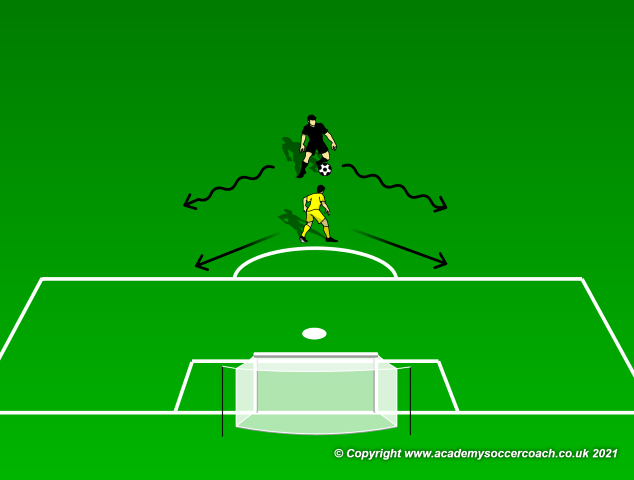 Fourth, – Tackle – is for the last step if Containing doesn’t produce a turnover of possession. Picking the appropriate time to go for the ball to most likely produce a turnover is essential and the least covered in my experience because it deals with patience. This is also positioned last as a way to encourage players’ restraint and not to lunge into a tackle, being easily beat and out of position which is easy to do when patience is out the window. 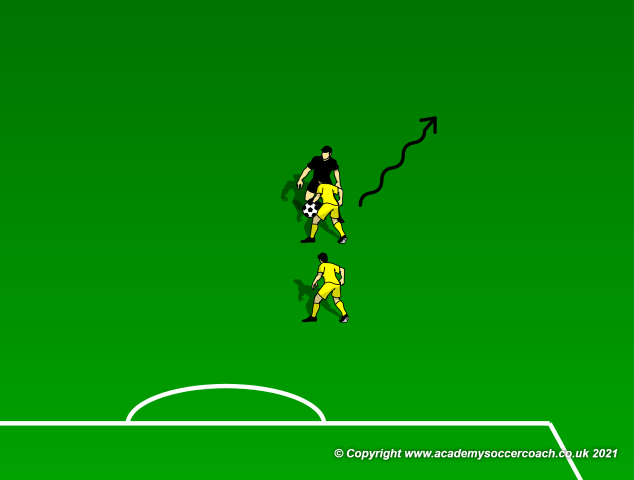 While we as coaches and players recognize that every situation doesn’t unfold on the field in a successive pattern, it is helpful to break it down into steps such as what I have mentioned. After establishing and making the mentioned steps a habit in each individual player, emphasis can be pointed to how quickly or slowly the process can be. Recovering into a good position may produce a bad pass and a tackle (or interception) would be warranted, completely bypassing Approach and Contain. Other situations may be that Approach and Contain is sufficient and the Tackle isn’t needed because the ball is won back because of a bad pass or running the ball out of play.

Whatever the situation on the field, providing players with the tools to recall a basic, standard approach to the situation allows them the ability to make firmly grounded decisions in the moment rather than “winging” it. Once that confidence is there, higher skilled approaches such as Pressure-Cover-Balance become an easier topic to tackle.

I am always interested in knowing if this information was helpful or to have a discussion about any other topics.