Stopping the Change in the Point of Attack

Objective:
• To understand the roles of specific players in stopping the switch
• To compact the area around the ball and cut off passing lanes

Set Up:
Both teams play with 2 central midfielders, 2 wingers, an attacking midfielder and a striker. There are 4 gates, 2 on each corner of the area and a line of flat cones in the middle to help the player visualize their objective. 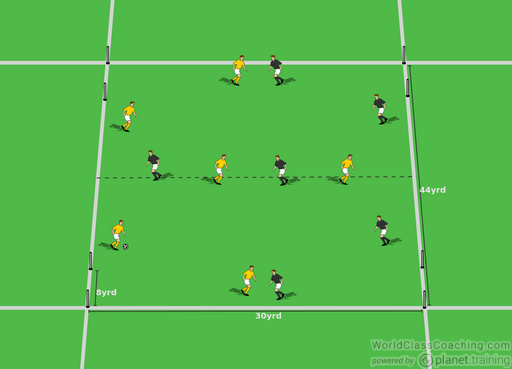 Execution:
The aim is for the team that starts with the ball to score in one of the goals by dribbling through it. The defending team condense the area to pressure the attacking team into making a mistake as well as restrict passing options. The striker cuts off the pass to the other center midfielder, the winger presses while cutting off the pass to their winger. This gives the player on the ball less time to make a good decision. 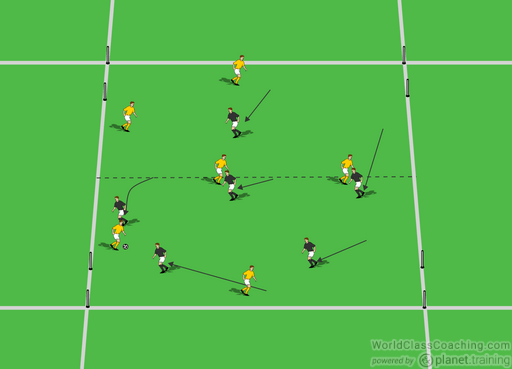 When the defending team wins the ball, they can attack and (1) dribble through the gate if it is on, to give them 2 points or (2) pass centrally and dribble pass the line between the gates for 1 point. 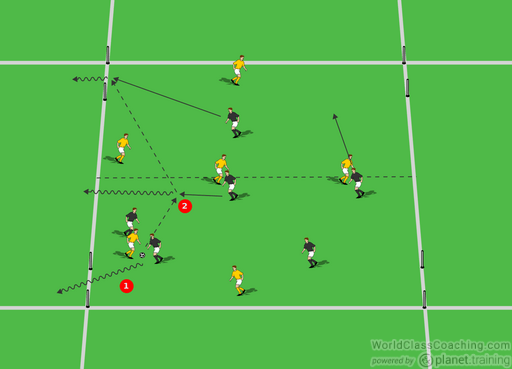 When the defending team wins possession, the objective is then transferred to the team who has just lost possession to stop the now attacking team from changing the point of attack. They do this by again cutting off passing lines and pressing the player on the ball to force mistakes. 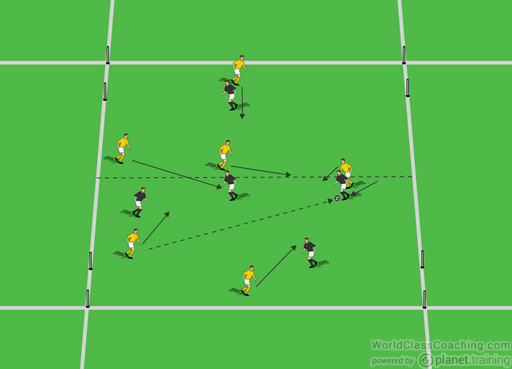 Variations:
• Increase the size of the area
• Add a neutral to underload the defense and challenge them
• Completely take out the gates