Improve your team’s technical ability along with their understanding of formations, systems and tactics using the unique new  Formation Based Soccer Training system

Finally, it’s here! A training method that combines traditional theme based training with formations and group tactics. Formation Based Soccer Training is a comprehensive guide to the concept of training players so they become more experienced in the positions and formations they will play on game day. Whether you play 4-3-3, 4-2-3-1 or any other formation, this book provides a unique new training method for developing your team in multiple areas in the same session.

Do your players ever struggle to stay in formation on game day? Do they have the technique but not the tactical understanding of how to play as a team? Formation Based Soccer Training presents a unique new concept and approach that enables you to train your players in formations along with technique and group tactics at the same time.

Rather than a rigid training program, Formation Based Soccer Training is a concept that can be applied to any formation, playing style or training theme. Whether you want to practice shooting, third man runs or zonal defending, the formation based system can be used and adapted to suit any style you wish to play. 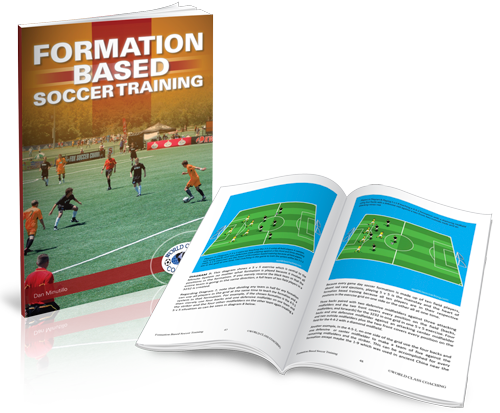 The biggest difference to the usual theme orientated approach is that all the exercises are directional and require players to adopt their normal game day positions in order to replicate and reinforce how they play in actual games. Through drills that focus on training your players as a team, Formation Based Soccer Training will equip your team with an enriched tactical understanding that will translate into a more fluid, organized performance on game day. 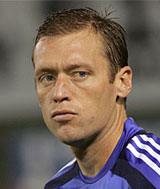 “As long as I’ve known Dan, he has always been more interested in learning about and teaching soccer formations, systems of play, team shape, and group tactics, that is, team play, rather than individual play no matter what the individual talent level of teams that he coached. When we coached together, it didn’t matter if we were teaching offense or defense, third man runs or zonal defending, the team always took first priority over the individual.

The Minute System of Formation Based Soccer Training embodies that same philosophy, team over group, group over individual, trained in a way that develops the individual while teaching team and group tactics within the chosen formation.” – Jimmy Conrad, UCLA, MLS, US Men’s National Team

“A system that blends formational, tactical and small group training with technical advancement”

Most coaching books focus on a particular formation, system of play or training theme. Formation Based Soccer Training is different in that it is a concept rather than a rigid training program. It’s a concept in which the team takes precedence over the individual and in which tactical development goes hand in hand with technical practice.

Formation Based Soccer Training was inspired by its author Dan Minutillo’s observations of American football systems of training, in which players adopt the same positions in training as they do on game day. This approach harnesses the rule of repetition in that players gain more time to understand their role and its responsibilities and more familiar with how their team mates play. 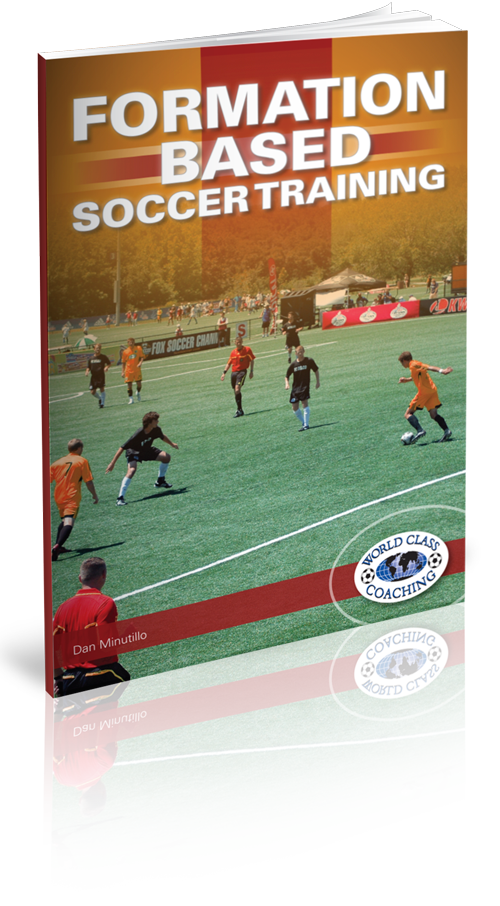 Formation Based Soccer Training provides you with an abundance of exercises and drills for improving each individual technically, tactically and physically while also teaching them formations, systems and tactics. As a result, your team will be as technically advanced as with any other training program. But it will also be better drilled in maintaining their shape and playing your system as a team, whichever formation or playing style you wish to adopt. 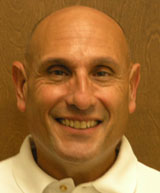 Dan Minutillo has been coaching men’s and women’s soccer teams for about 20 consecutive years. Minutillo has earned an NSCAA National Diploma. He has coached with members of the US Men’s National Team and with professional players and National Team members from a number of other countries. Minutillo is currently the varsity men’s head soccer coach at Leland High School in San Jose, California.

Dan has been published numerous times about soccer training, including the use of plyometrics to develop explosive power and strength for soccer players, increasing speed of play on the women’s side, creating a soccer-oriented home environment, motivating youth soccer players to get them to the point of self motivation, developing consistent play for soccer teams, among other topics. He has never had a losing season in 20 consecutive years of soccer coaching.

Rather than merely a set of soccer drills and exercises focused on a particular formation, theme or technique, Formation Based Soccer Training provides a unique new concept. Minutillo explains in comprehensive detail how to teach formations, systems and tactics at the same as improving technique. In essence, it’s a progressive team orientated training system that aims to develop your players’ understanding of each other and their own position, rather than simply improve their technique.

Chapter 1 – What is Formation based Training and how is it different to conventional training?

Minutillo explains how his training system develops and physically conditions players, while at the same time training them how to play in their game day formation and whichever system of play you choose. It also corrects problems through slow, progressive and incremental improvements via small sided games.

Chapter 2 – How does Formation Based Training work?

It is not a rigid system, but a concept to training formation and tactics that can be used whatever formation you play or theme you want to focus on in training. Minutillo explains how the exercises and drills are directional, incremental and positional and can be adapted to any formation.

This chapter explains how formation based training utilizes these characteristics to improve the technical and tactical performance of players, using detailed diagrams and explanations on setting up small sided games.

This chapter provides 3 v 3 exercises for training the diamond shaped 3-5-2. Each drill is accompanied with information on setup, how the exercise is performed and progressions for getting the maximum tactical and technical benefit.

Formation based training is best utilized when it progresses from getting the ball to target players, to setting up miniature goals, progressing to full size goals and ending with a well paced full team scrimmage. This approach is used whichever formation you want play. This chapter explains how to setup small sided exercises that will train players to hold their shape and improve their zonal defending when playing a 4-4-2. 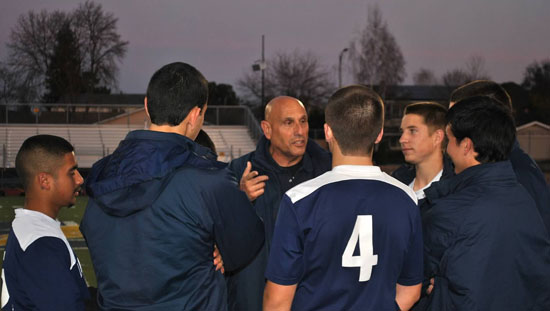 This chapter details small sided games for holding the shape at the back of a 4-5-1, which progress from 4 v 4 to 9 v 10. As with previous chapters, players are put in the positions they adopt on game day to develop their tactical understanding of how each other plays and a deeper tactical awareness of their own position.

All systems of play, all formations and all themes can be used in the formation based training system. This chapter explains how the earlier exercises covered can be adapted for coaching the 4-3-3.

Minutillo explains how you can change the configuration of players, the grid size and other variables to suit your players or the areas you want to focus on. He also explains how to harness the system’s flexibility to incrementally train tactics and technique no matter which formation you use.

Chapter 9 – Changing the system of play within the chosen formation

This chapter covers how to make adjustments, such as how to train making vertical runs up field in the 4-3-3, how to teach double teaming from top down and small sided directional games. In addition, Minutillo explains how game conditions can be created, simulated and repeated over and over to develop your players’ tactical understanding of their positions.

Chapter 10 – Variations of the Minute System

This chapter explains how to run multiple sessions simultaneously in multiple grids using formation based training.

Chapter 11 – Miscellaneous items when using the formation based training system

The final section covers how and why you should progressively change the number of players involved in each exercise. This chapter also discusses the proper linkage in formation based training and when to change the size of the grid to maximize the technical and tactical benefits you players gain from every session.

What you will gain from Formation Based Soccer Training

Formation Based Soccer Training shows you how to teach formations, systems and tactics at the same time as coaching technique. It blends them all together into small sided group training so that on match day your players will have a more developed understanding of their positions and how to play more smoothly as a team.

From Formation Based Soccer Training you will gain:A comprehensive understanding on the concept of formation based training, how it works and how to integrate it into training, no matter which formation or system you play.

Many books and coaching programs focus on specific formations, themes or techniques. This can lead to problems on game day if your players haven’t developed an understanding of how they can bring this all together on match day. Formation Based Soccer Training shows you how this can be done, no matter which formation or style you wish to play. 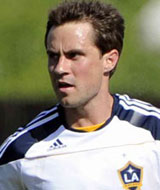 “Like No Other, Formation Based Soccer Training, is the ultimate team oriented training system which prepares a team for game day while also developing soccer players technically and tactically. The Minute System is the perfect blend of formational, tactical and small group training, forcing players to hold shape using coaching in the game as a gentle yet efficient way to correct system issues during small sided games. This system of training will shorten the time needed to develop players while, at the same time get them ready to play at game speed on game day.” – Todd Dunivant, Stanford, MLS, US Men’s National Team

WORLD CLASS COACHING is recognized globally for the quality of its soccer coaching resources, which are used by over 40,000 soccer coaches from around the world. We wouldn’t be offering you Formation Based Soccer Training unless it achieves our exceptionally high standards. However, if you are not 100% satisfied with the quality of Formation Based Soccer Training after six months then please contact us for a no quibbles refund. 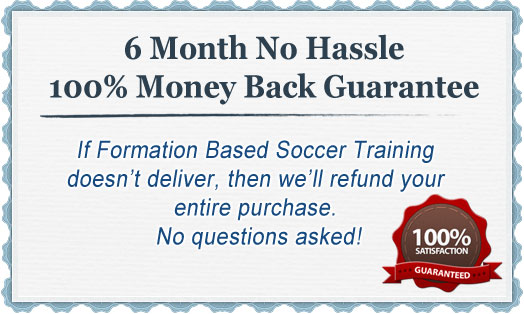 “Coach your players to work as a team, rather than as individuals”

Whether you play 4-4-2, 4-2-3-1, high pressure or low pressure defense or want to coach a particular theme,  such as dribbling, passing or third man runs, every system and formation can be taught using the formation based training system.

Rather than a rigid training program, Formation Based Soccer Training is a concept on how to coach formations at the same time as tactics and technique. The book explains how this unique new approach to coaching works and how to implement it, with numerous drills and exercises for all the popular formations.

This approach enables your players to spend more time playing in the positions they adopt on game day. The result is that they will gain a deeper understanding of their position’s responsibilities, how their teammates play and the requirements of your formation. The result is a team where players are in the right positions at the right times, your team keeps its shape and able to play a more tactically developed game on match day.

P.S. Formation Based Soccer Training provides a unique new concept on how to teach formations along with technique and tactics at the same time. It explains how, no matter which system, theme or formation you want to practice, the concept of formation based soccer can be used to create a team that keeps its shape and has a deeper tactical understanding of playing your chosen formation.

P.P.S If you are not 100% satisfied with the quality of the soccer coaching resources in Formation Based Soccer Training after six months then we will refund your purchase in full, no questions asked.