Description:
The Breakout Rondo activity is a warm-up drill in which players focus on that moment of transition from a defensive posture to an offensive one. The speed of transition forces players to remain focused at all times and find/defend passing lanes in tight space.

Setup:
Players form a rondo circle (5-8 players) with 1 player in the center. For every player on the inside another player stands 5 feet behind them, creating a larger outer circle. 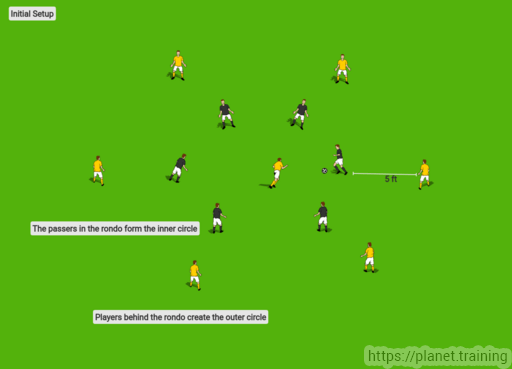 Execution:
The Breakout Rondo activity starts as a regular rondo with the rondo circle players passing among themselves, and the single defensive player in the middle attempting to win the ball back. When the single player is able to retrieve the ball their goal is to pass to one of their teammates on the outer circle. 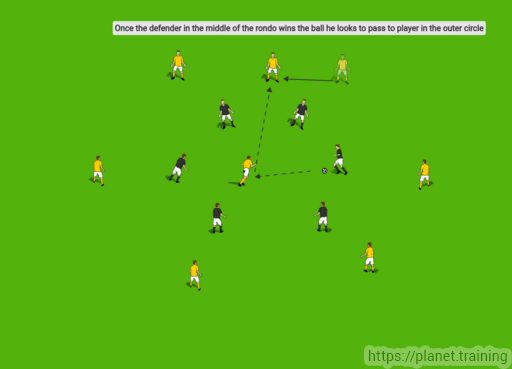 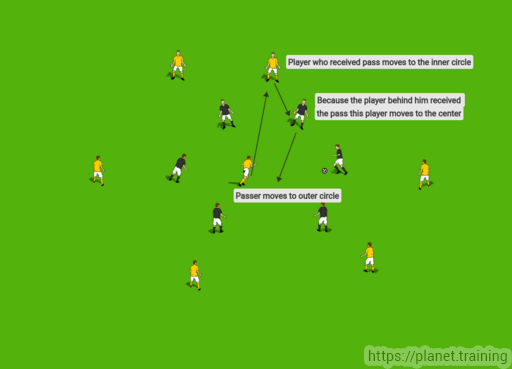