Athletico Madrid where the first team to beat the mighty Liverpool in the 2019/20 season and are a great example of a team with a well played 4-4-2 formation.  Claudio Ranieri's Leicester City, who defied all odds and won the English Premier League Championship in 2016, are another good recent example of a well played 4-4-2 formation.  The 4-4-2 with a good level of organization where players understand their roles and responsibilities can be a difficult team to defend against.

The 4-4-2 formation has a strength of allowing you to flood the midfield and dominate possession.  ​The 4-4-2 allows you to turn that possession into great attacking opportunities with many variations from the two forwards and also options of attacking from wide positions or through the middle.

If you like to play a possession style of play and want to create more goalscoring chances, then take a look at this eBook. 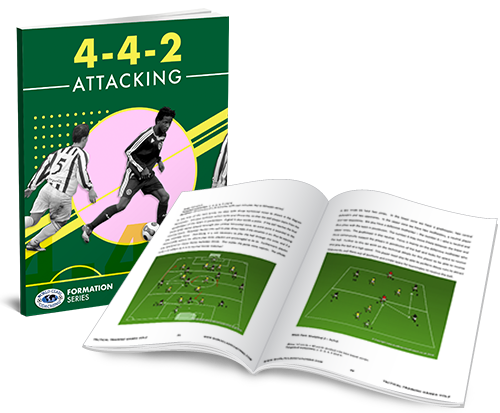 Add to Cart
Learn How to Get it For FREE